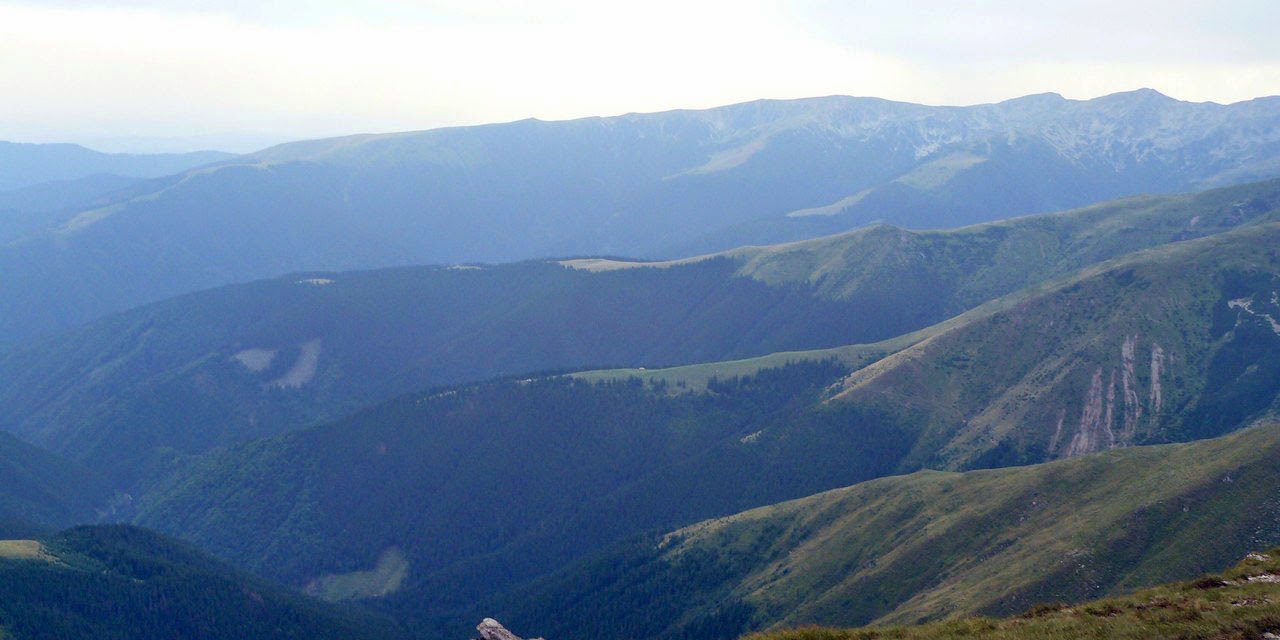 YO/MC-014 Papusa peak (“The Doll” – 2391m) was my first official SOTA activation attempt, almost one year ago. The hike to the peak is no easy task, about 4 hours of continous uphill effort that takes you from 1200m altitude to almost 2400m. Even though it was a very nice weekend and I had the chance to meet and spend some time with very nice people, the weather wasn’t on our side and we had to get back when we were 15 minutes away from the peak. Here’s the story in romanian.

The peak is in the Iezer mountains, about 20-25km north of Campulung, the home-city of the ARO all-terrain vehicles. These were famous for their excellent offroad capabilities and in the late years they got really good engines and upgrades, unfortunately the factory closed in 2006 and sold their license to a czech company, that (still?) makes only a limited series. 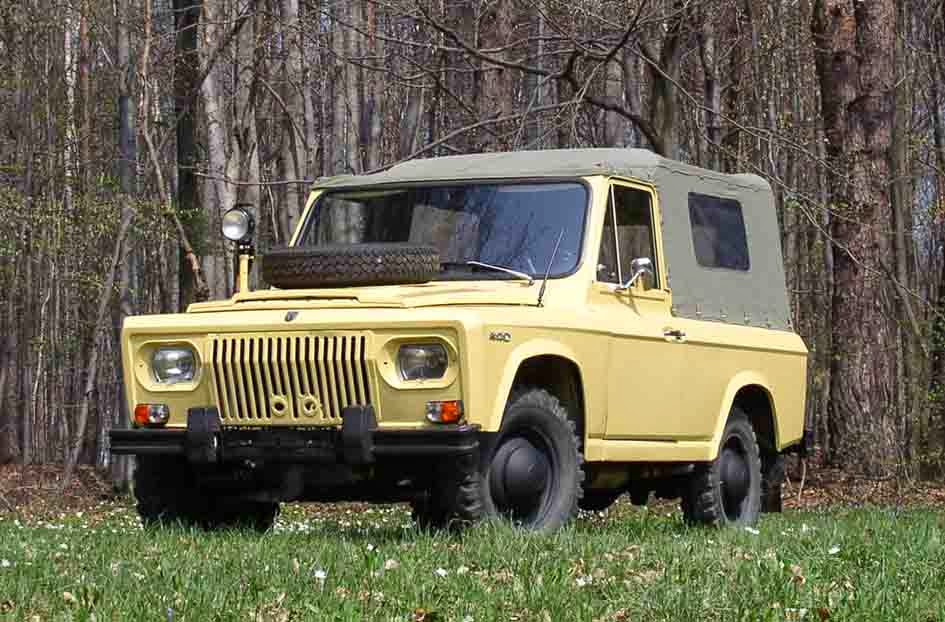 And I could tell right away why would somebody put a factory for offroad vehicles here: beautiful sights, challenging hills and tall mountains, exactly what you’d need to put an ARO trough it’s paces. 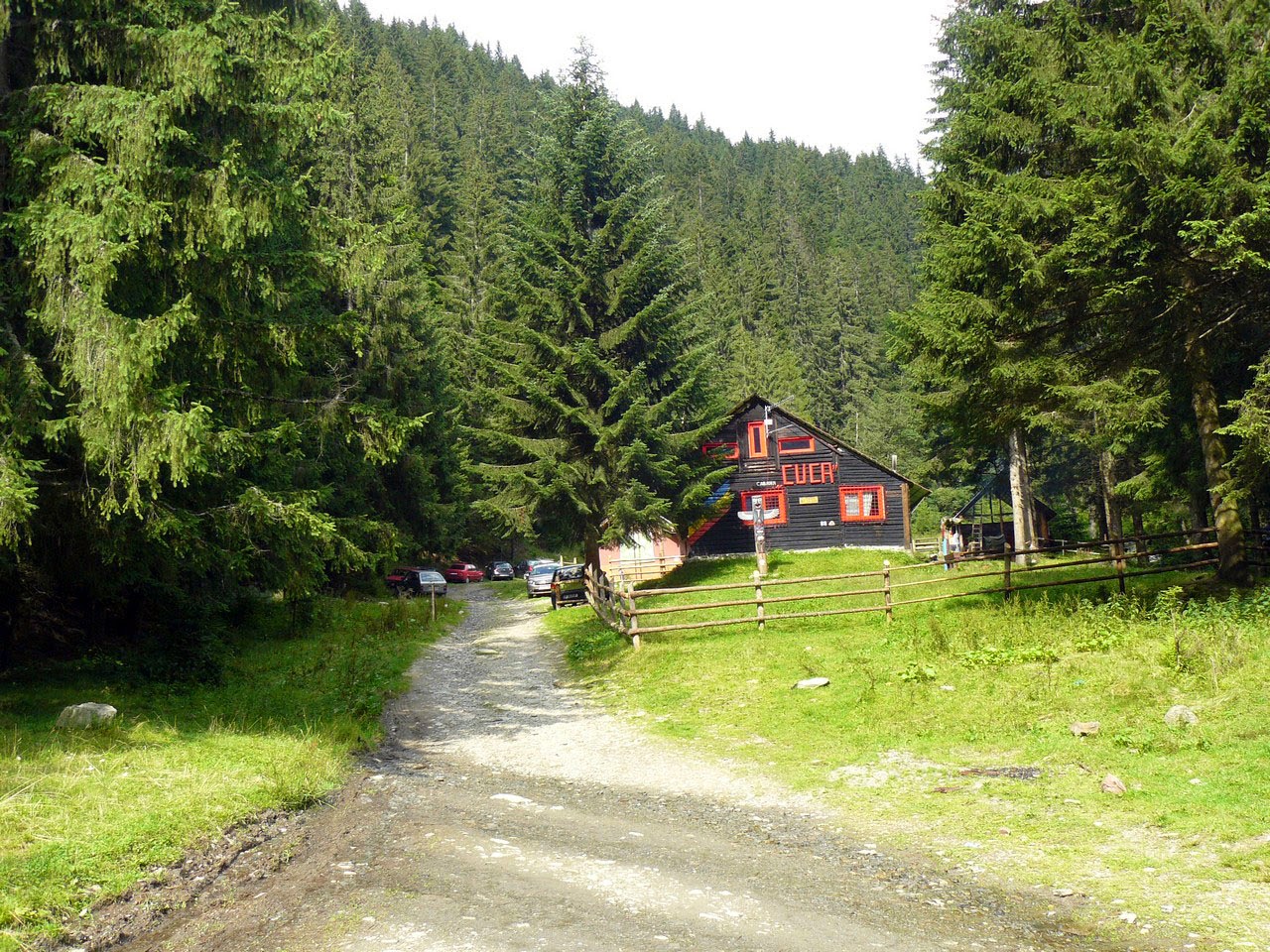 To get to the Papusa Peak you can drive right up to the “Cuca” lodge, a place with clean fresh air, surrounded by dense pine forest and with the greatest guy (Romeo – YO7ISR) for a lodge keeper. From here the hike goes trough the forest for about an hour or so and then keeps on going for about 3 hours until you reach the top. I took a 40 minutes break about half way, to eat, rest and wait for a group coming from behind. 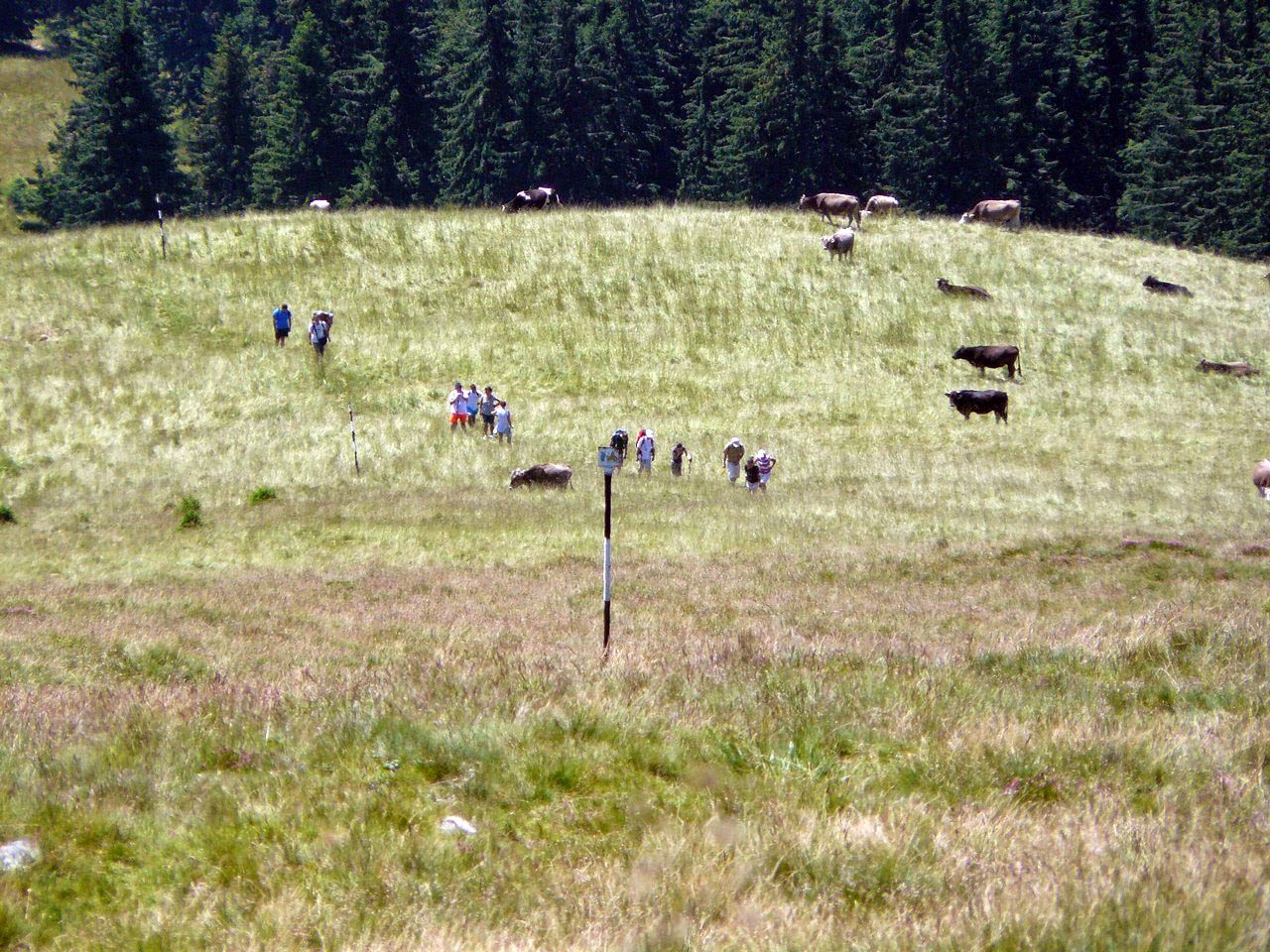 On the way up there are a lot of cows, sheep, horses and shepherds with their guard dogs; it makes for a less boring uphill hike, at least until you reach a belvedere altitude. Once I hit that though, I could also hear the thunder and see the clouds in the distance. 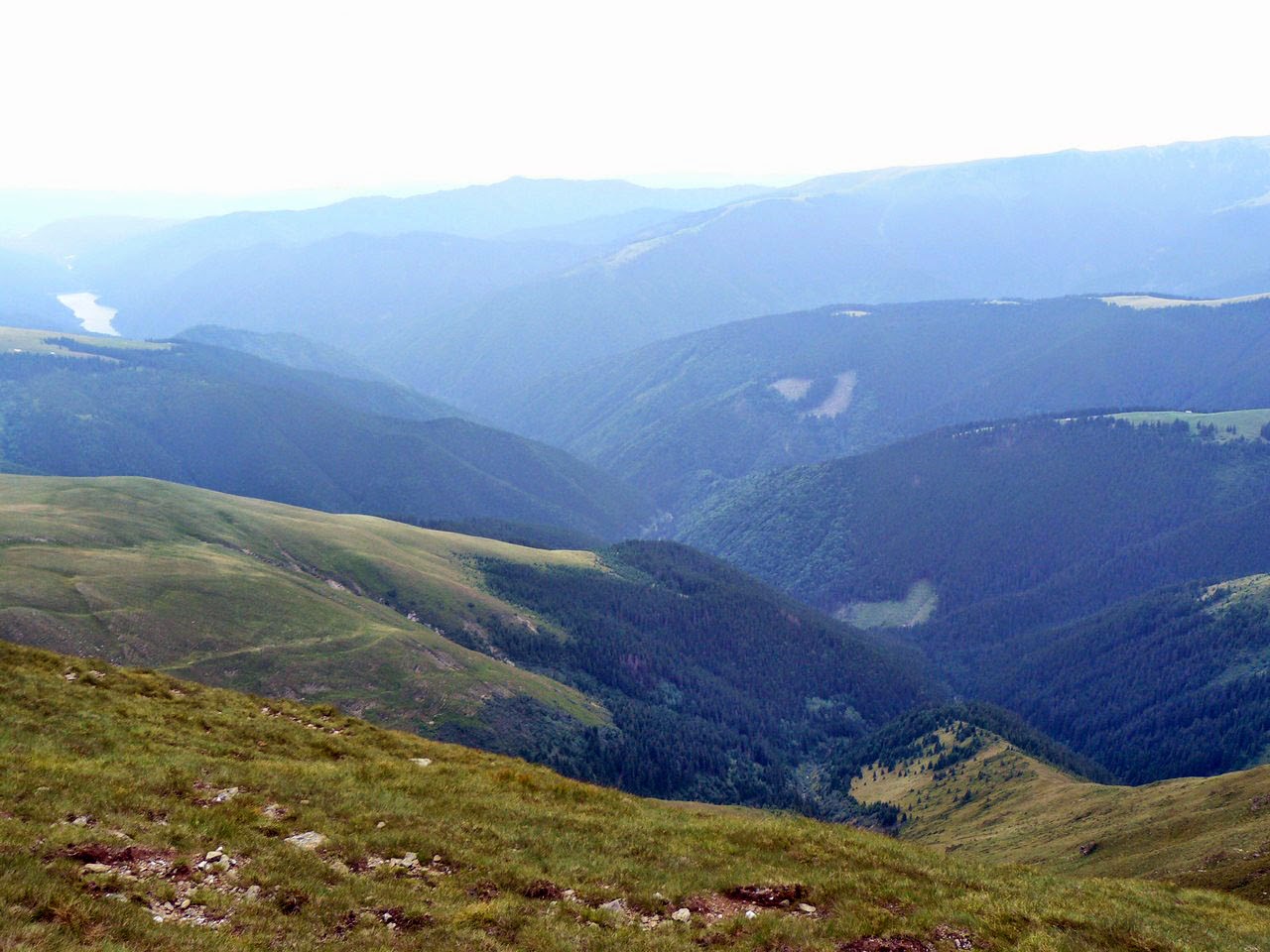 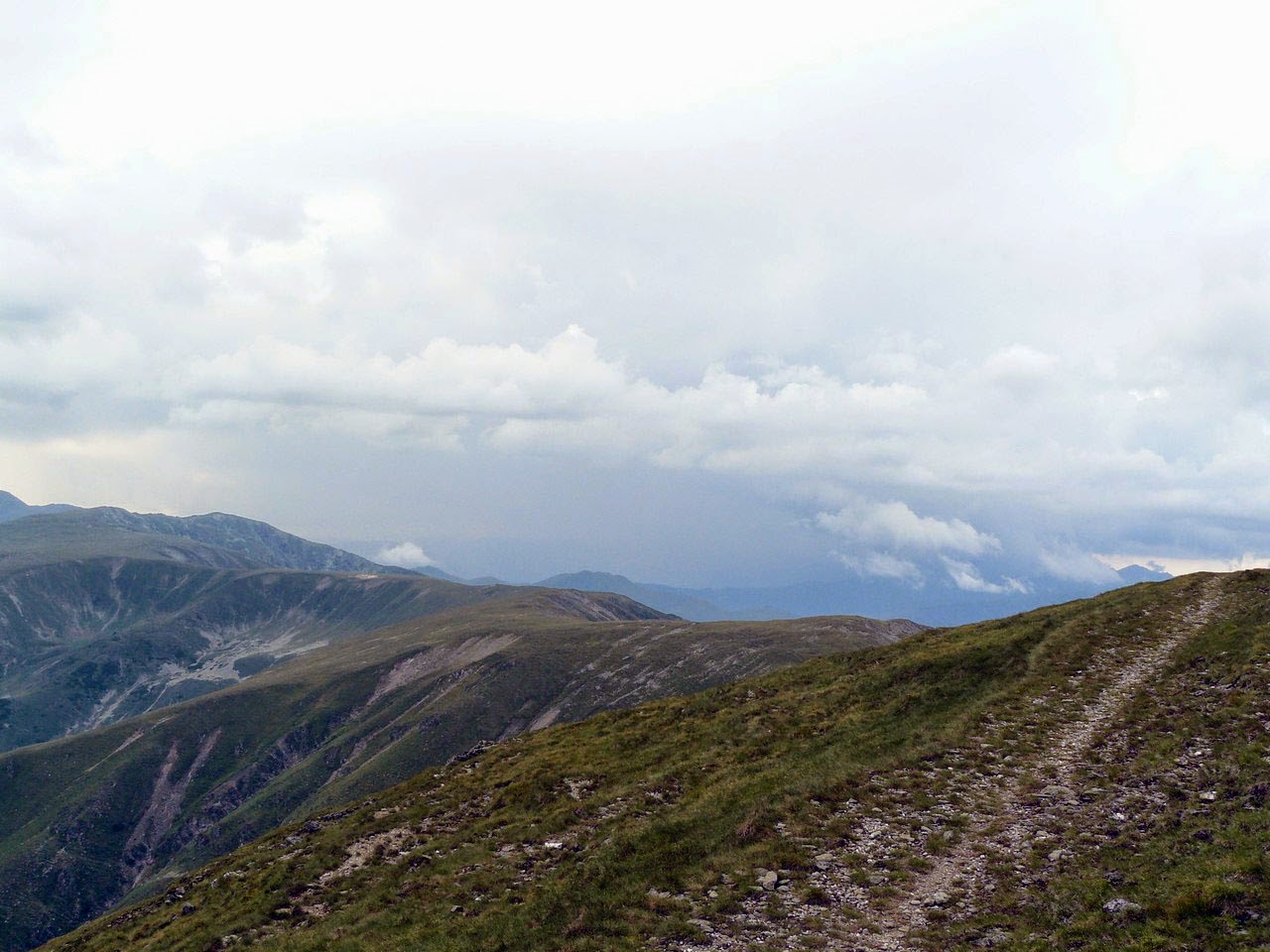 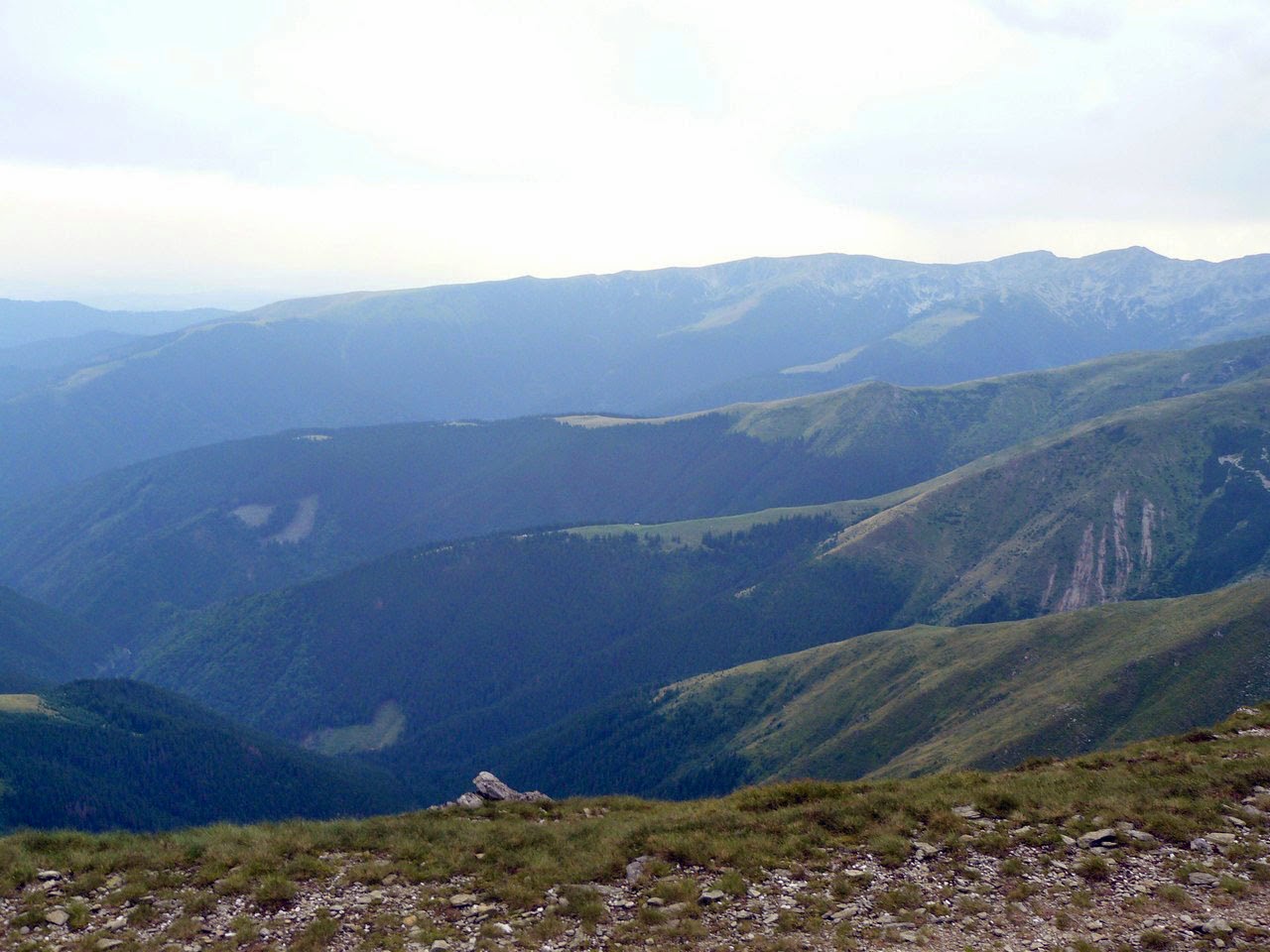 But hey, the peak was close and with a final effort I made it on top, in a total time (including 40min break) of about 5 hours, wich is not really that bad with a 12Kg backpack and a mediocre physical shape. 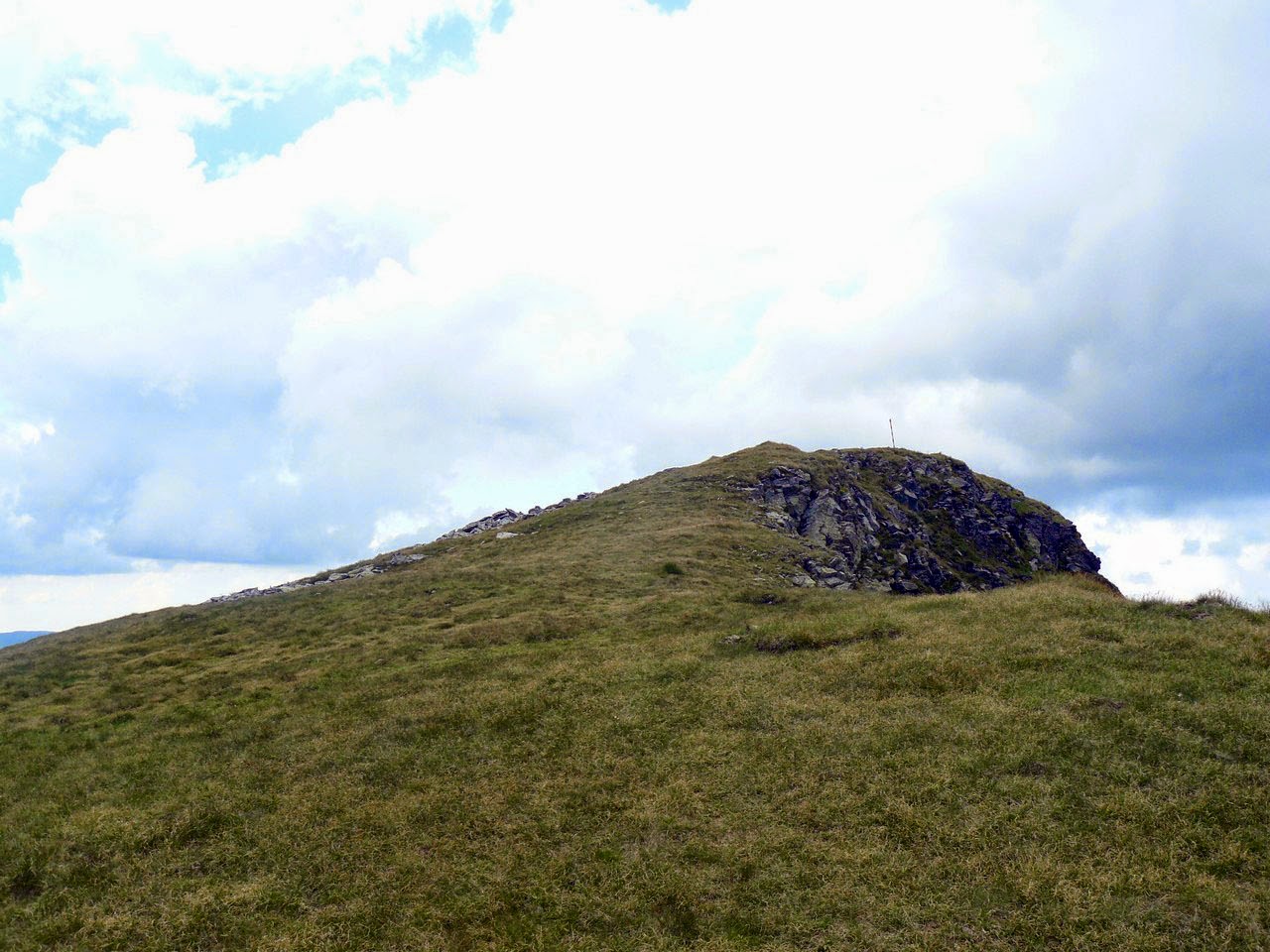 In distance, the “Piatra Craiului” massif  was under a huge storm, I could even see a few lightning strikes so I had to get the activation done as soon as possible: 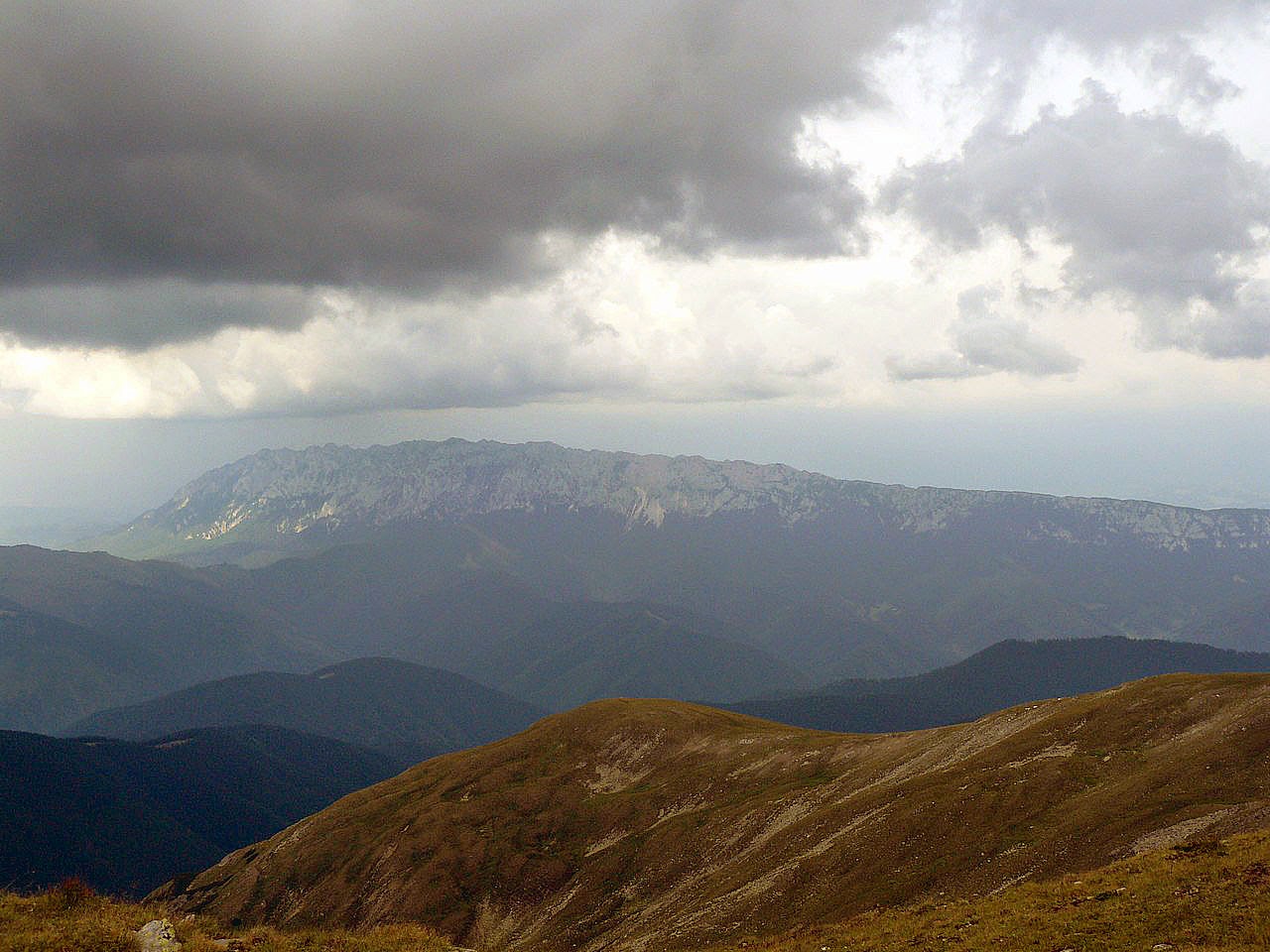 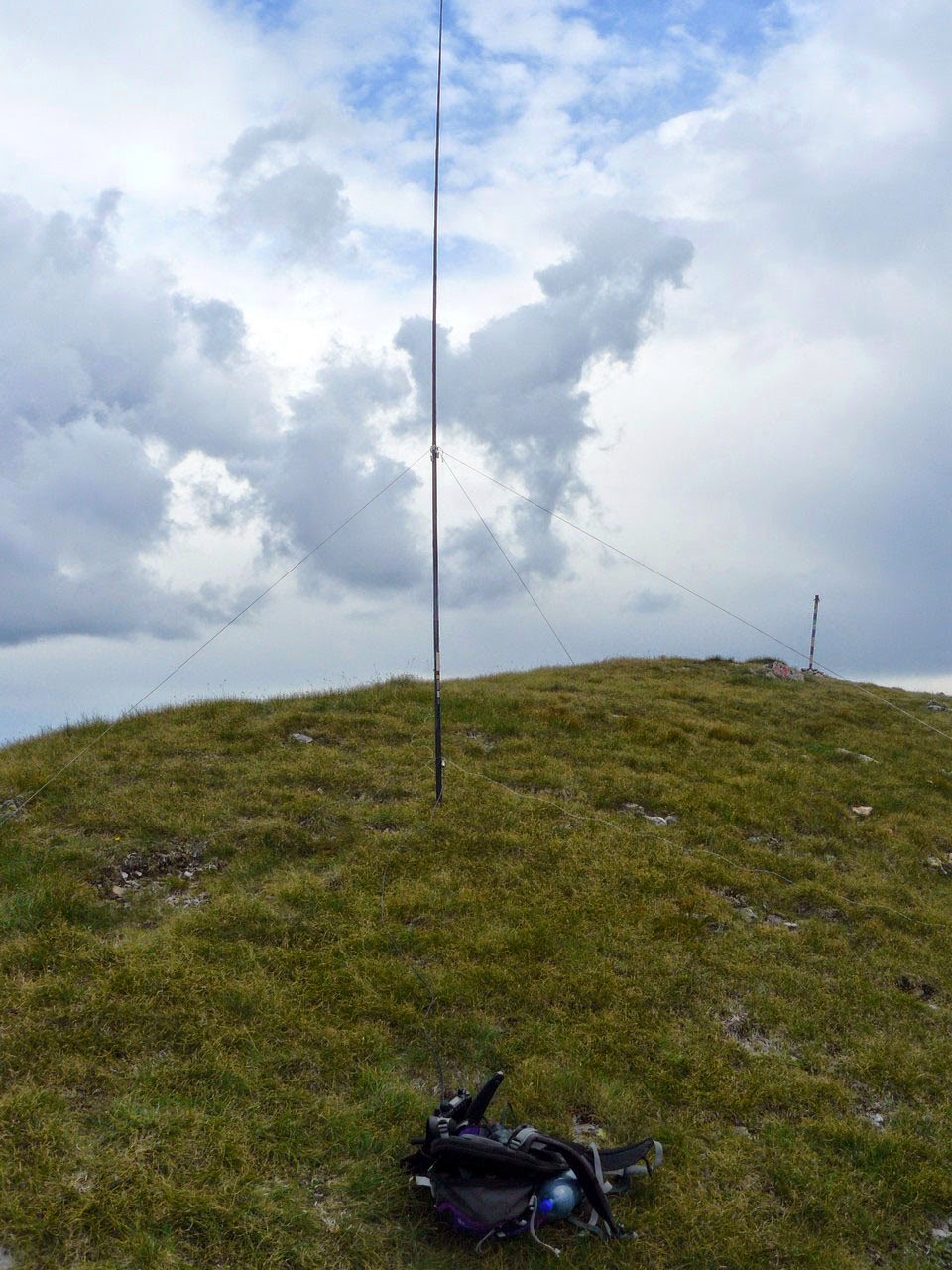 I’ve installed the Yaesu FT-817ND and a L/4 vertical for 20m, turned it on and had an unpleasant surprise: contest stations everywhere in the band. No chance to find a clear spot in the band and work my way out with only 5W.

So, I went on and called on 145.225 MHz on FM and could get 6 QSO’s before I decided it’s time to get back. The storm clouds were getting too close. 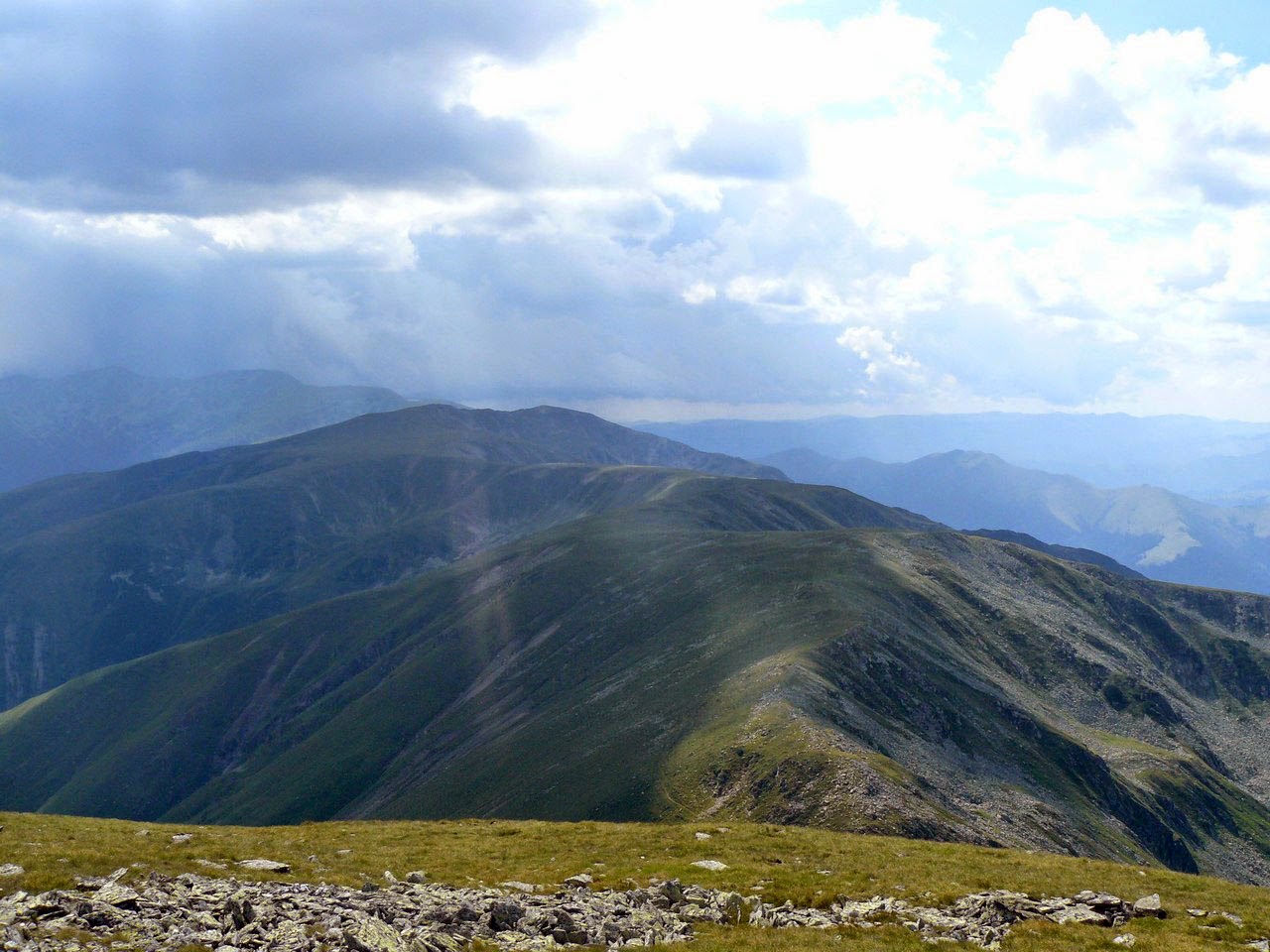 Of course, on the way down I got my fair share of cold rain: not as much as on my first attempt to activate Papusa peak, but enough to soak me from head to toes despite my rain clothing.

What I’ve learned:
– I need to take a look at the contest schedule before a SOTA activation
– L/4 needs some height over ground for the elevated radials to work properly 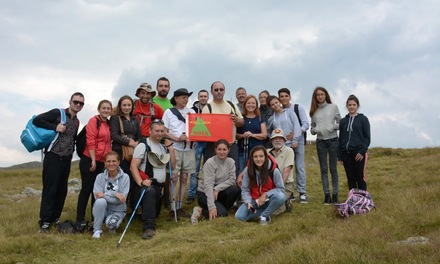 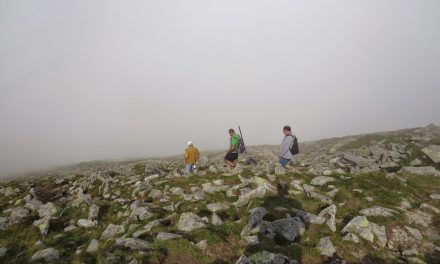 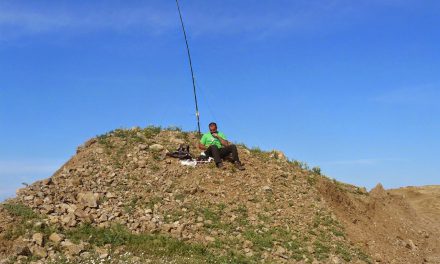 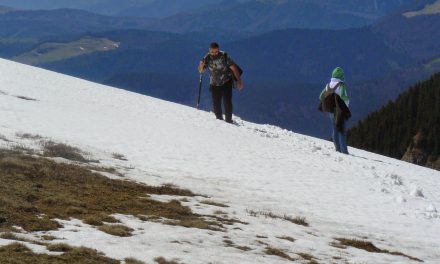